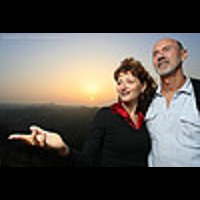 In my experience many people think in order to be in relationship and have the intimacy they desire, they have to compromise or give up parts of themselves.

Relationships people form that are based on fixed roles is the main reason many people find themselves in this dilemma. By fixed role relationships I mean relationships in which one or both partners have a fixed definition of what, for example, being in a romantic or marriage relationship is. And there is an assumed or openly agreed on fixed commitment to that role. And this is regardless of how much the role is true to who each person actually is or what the actual relationship has evolved to. This can lead to relationship problems.

Often, in this kind of relationship, people think being true to love or receiving love means conforming to a certain kind of behavior. But this often results in one partner feeling trapped while the other feels abandoned or not valued. And so it becomes a push-pull power-struggle with each trying to get, what they perceive as, their needs fulfilled. Soon each is seeing the other as their enemy withholding what is most important to them. This often is because people lean on the other person to make up for what they feel is lacking in themselves. So they want to control the other so they will act in certain predictable ways (roles) that they feel they can count on to make them feel whatever would counter-act how they really feel about themselves.

In these kinds of relationships, many people find that being in integrity with themselves ends up breaking up the relationship, or they fear it will. Or they find that in order to feel connected to their partner, they end up feeling that life or the relationship no longer has any meaning. This is because they have given up what really matters to them.

On the other hand, people tend to take relationships that are in some kind of conventional form more seriously than ones that are not. It’s as if people require a relationship being in a form before they’ll acknowledge the legitimacy of what it is. And so when people resist making a commitment to a form (which seems to happen with men more than women), it’s often because they don’t want to acknowledge the emotional truth about the relationship. In other words, they might want to get the immediate pleasure of the relationship, such as companionship or sex, without being committed to putting the effort into working through the emotional challenges of it in order to have an actual healthy relationship.

Sometimes it is difficult to be clear what is true between you because of limiting decisions* that need to be addressed that makes it difficult to sort out where there is or isn’t alignment between you. And that’s when people tend to try to force, manipulate, and/or withhold information. Relationships can’t be forced into a form that makes up for limiting decisions*.

In a relationship that is not trying to control each other’s experiences and connections with others, there is the potential for great learning and growth. It expands out to other people, not limiting the avenues of growth to where your partner has or hasn’t evolved to, while still remaining true to the committed foundation of what’s actually true between you.

The freely given love in this kind of relationship supports pure love expanding outward to other people, rather than limiting it to within the relationship. (This can be true even when there is sexual commitment to only each other.) It is a gift to the world. And because of that, the love between the relationship and the world keeps adding to each other.